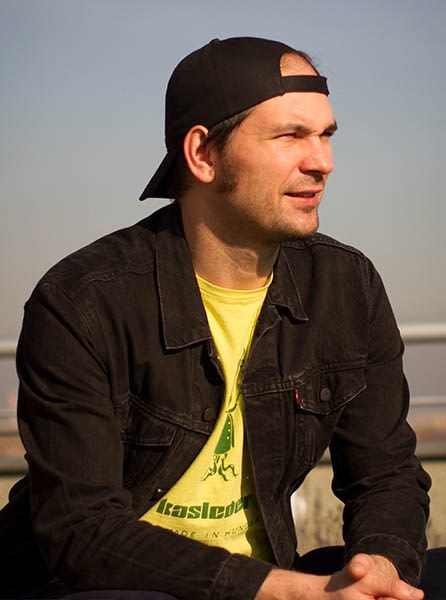 "I’m a musician just like you when it comes to development, and an engineer when it comes design, who doesn’t stop until it finds the best solution."

I have always been interested in electronics, since my childhood and I have tried to steal from my dad all the tricks of the profession. Then I’ve graduated from college and became an electrical engineer officially.

My devotion to music started with the Beatles, when I was ca. 9 years old and  I decided to become a guitarist. I never thought that these two things could be done well together.

I was 21 when I made my first real guitar effect pedal in 2006, a Tube Screamer clone called Dirty Little Thing. As a student in the early 2000s, you had little chance of getting an original Ibanez TS808 in the Central and Eastern European region, mainly because of the little money you could earn besides studying is not usually spent on a hobby like this, and if you do, not on one of the most expensive pedals on the market. But I really wanted such a gadget and then came the idea that I could do my own TS pedal.

My guitar playing friends liked the first pieces of my work so much that they have been asking me to build more and more of it. I decided then that this could be that oportunity when I can forge together these two passions of mine, and make as much as I can of them…

For me, quality has been one of the most important factor of pedal building right from the start. To this day, I make my pedals using only the highest quality parts available on the market, and make everything by hand.

After the first couple of effects this great love for designing and building the pedals, turned me into a pedal builder addict.

Between 2006 and 2014 I made nearly 30 different guitar effect pedal types in smaller or larger series. I’m proud of each them, and I think they’ve all become really cool stuff.

It was a great honor for us to join the legendary German guitar company Höfner Guitars between 2014 and 2019, During that time, together with my partner in life and work Eszti, we were able to design and produce for Höfner high-end, boutique guitar effect pedals.

During this period we made 8 different types, both for guitar and bass effects.The graphics were designed and drawn by Eszti, not by Klaus Voormann!

I think this is really important to emphasize, because many people confuse it with Klaus’s work (whose work we also respect and influenced us a lot).

Our Höfner pedals reached to my biggest idol, Paul McCartney, who stated about the analog delay that “It is the best analog delay pedal that I’ve heard in my career, the real vintage delay sound and I also love the graphics.” Being a big fan of the Beatles and the Höfner Violin Bass, this was a major defining moment for me.

Our partnership with Höfner Guitars was terminated in February 2019, giving us the opportunity to focus now entirely on Kasleder Fx with renewed vigor.

This is a new era in the history of Kasleder Fx, with a new look, new logo and new ideas.I’m still a big lover of the vintage guitar sounds, but I’m also trying to keep up with modern trends. There are already so many boutique pedal manufacturers on the market today.

What makes Kasleder pedals so special in this big cavalcade? I try to put something really unique in my pedals, some mojo, parts, designs that other people don’t use or can’t get. I’m a musician just like you when it comes to development, and an engineer when it comes design, who doesn’t stop until it finds the best solution.

Try it, you’ll love it! Cheers!