3 vintage classic germanium fuzz legend in a box with many extra options. 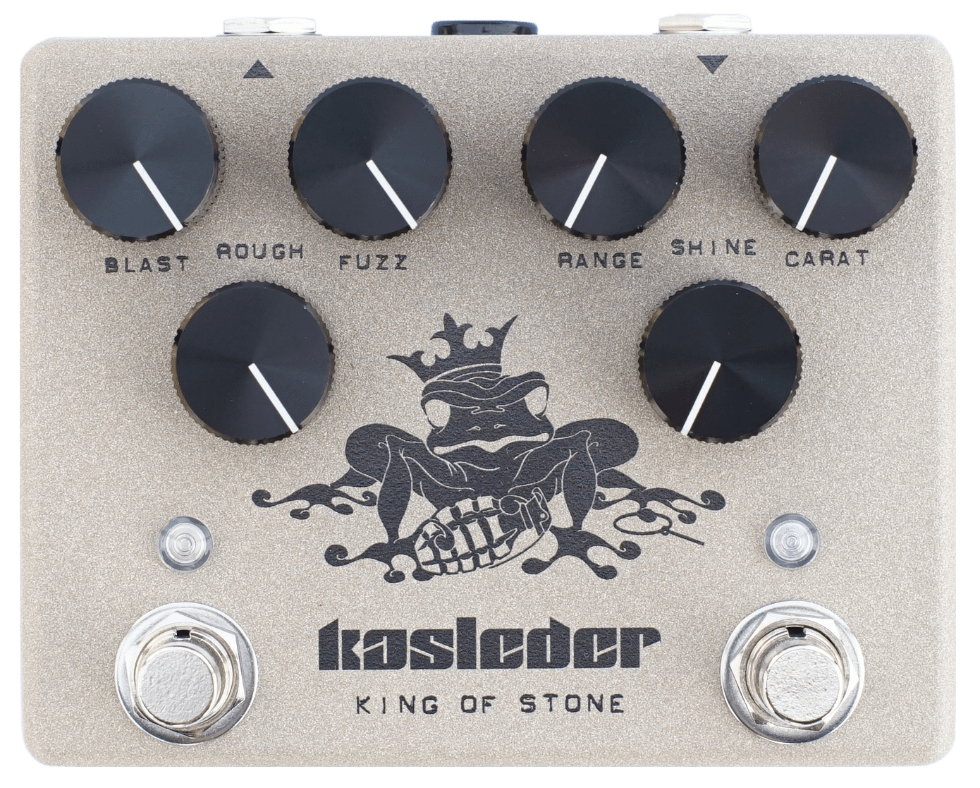 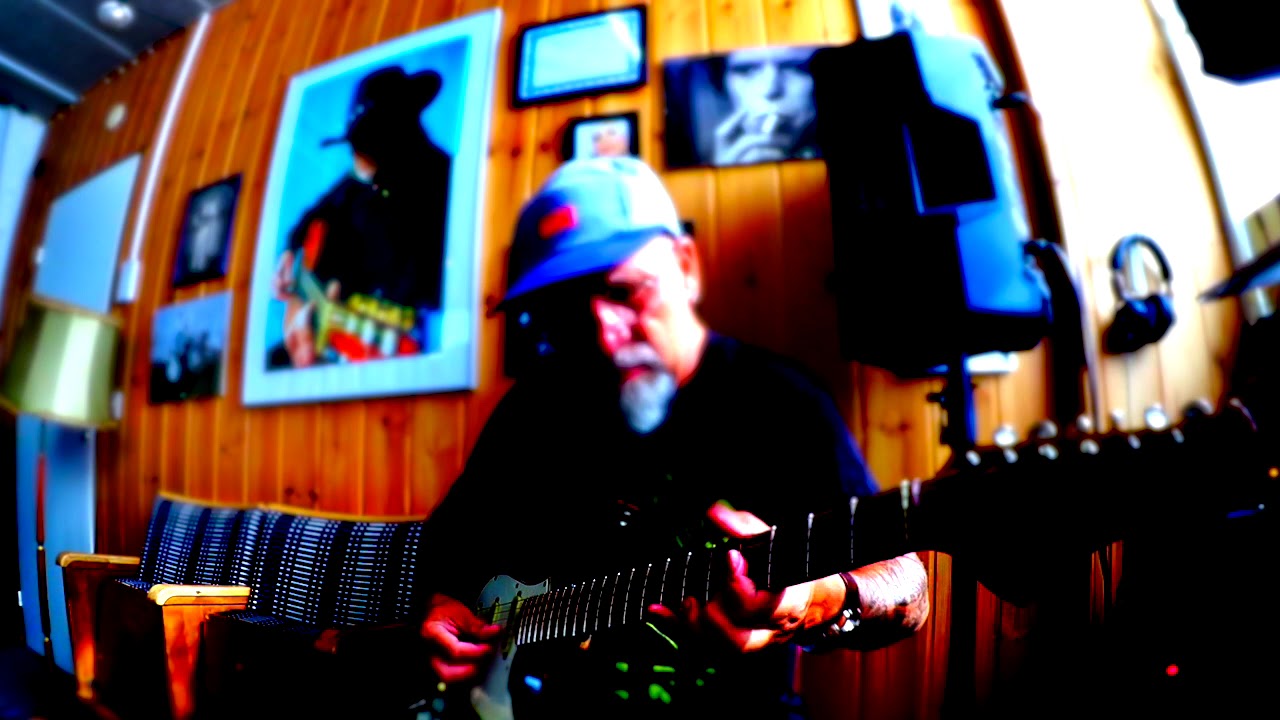 A box that incorporates two separate full Germanium based circuits.

The signal chain is Rangemaster into a Fuzz Face that combined together basically can give you a Tonebender Mk2. Lots of tweaking options, for those whom would like to have years of Germanium tone history into one box. Three of the most coveted legendary Germanium sounds in the same pedal.

A planned Limited Run of 100 units made with hand selected NOS transistors. The transistors used in this pedal are not made anymore for decades. Specially blended together to cover the sounds of the three Germanium legends. I’ve been tinkering by quite some time, how to incorporate three of my favorite fuzz circuits under the same hood. It’s almost impossible as we are talking about three very sensitive circuits, so this project was not so simple and honestly it became an obsession.

You have to measure each transistor and match it to their counterparts, otherwise they will simply not give you that vintage sound I was after. By not matching them, it will not sound as authentic and they won’t tolerate each other in the same box.
But the love for the sound won! It was quite a challenge but I am here with the box I can present to you, the King Of Stone fuzz.

The Left side marked with Purple light

Circuit based on the Dallas Arbiter Fuzz Face built around two extremely rare transistors. Low gain Mullard OC42 in Q1 and high gain Ates 11113 in Q2. Extended with special controls to correct the flaws of the original.

The Mullard OC42 it is a very rare British made Germanium transistor. We can all say that the OC line of transistor are most probably responsible for the greatest amount Fuzz sounds produced in the 60s. The reason will be evident when you will hear their sound. Raspy yet warm, aggressive yet awesomely cleaning up by backing a little the guitar volume. Popular sound? Yes! Because it is That sound.
By a great luck I had the chance to find a few of these transistors to Match A Batch for you.

ATES11113 is a military spec Italian made transistor, It was not available for the large public. I dare you to find a similar transistor, I would use some more myself. Creamy high gain sound, very similar to their white dotted NKT cousins, but with more gain for the powerful, blast volume.

The Right side marked with Orange light

Modified classic Dallas Rangemaster treble booster circuit built around a vintage SFT308. Two additional control knobs described in the following and a two way internal micro switch that sets how much bass leaves the output, giving you the possibility to fine tune the circuit with the Fuzz in the right side or the next pedal in the signal chain.

The SFT308 Germanium transistor type was used by many big names in Europe in their dirt generating devices in the 60s/70s. These years are long gone and so are these transistors. By now a serious research and market hunting is needed to find some of these, and when a batch is found only a few have the right specs to be still useful in a circuit.

The Volume control for the Fuzz side. Due to the carefully selected transistors and the internal bias option, it will be louder then a standard Fuzz Face circuit.

This is the Gain and the Volume in the same knob, just like in the original one knob table top version.

From clean Germanium preamp sound to full on raspy fuzz it’s everything there to be set with this knob. Use it wisely! You can turn the pedal with it into a weapon of sound destruction.

Allows you to simply dial through from the tones of the original Rangemaster on the left, to the full on bass fuzzy boost to the right, with a nicely centered mid boost right in the middle.

At fully anti-clockwise the Bass is minimum, to avoid the flabbiness in the sound. Tight overdrive or distortion depending on the gain setting. Gradually ads more Bass when turned clockwise. With both effects On, also acts as a secondary Gain control for the Tonebender sounds.

Reverse treble cut with more highs when dialed clockwise. Useful addition not only to fine tune the treble content of the boost side, but to dial out the inherent noise of the Germanium circuits when both sides are active.

It is well known the temperature sensibility of the Germanium circuits. Don’t worry! You can cure any of these issues with the bias control. Moreover, if you are after a different sound, cleaner or even more raspier miss biassed, just experiment to your liking.

Sets the bass content of the output of the boost side. With both circuits engaged it takes you through the sounds of the Tonebender versions 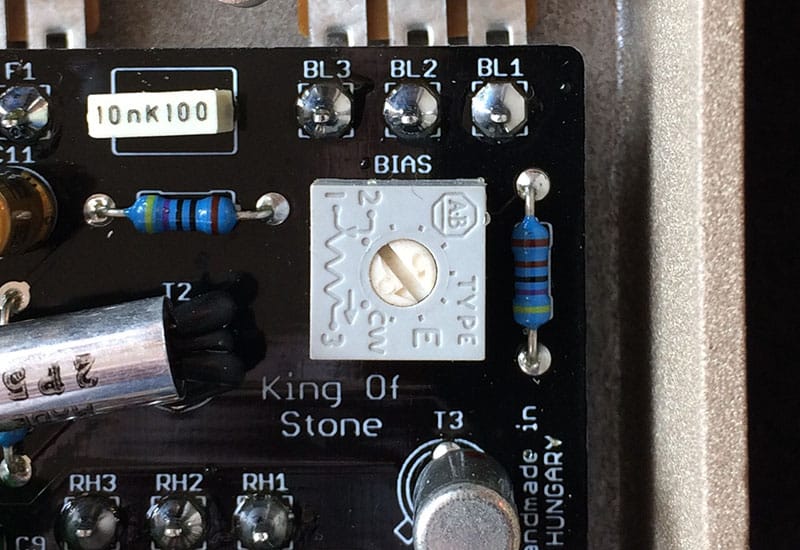 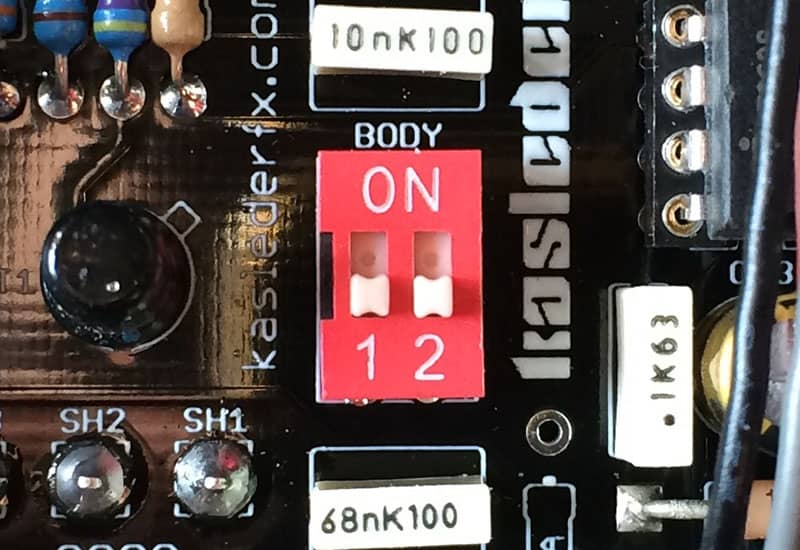